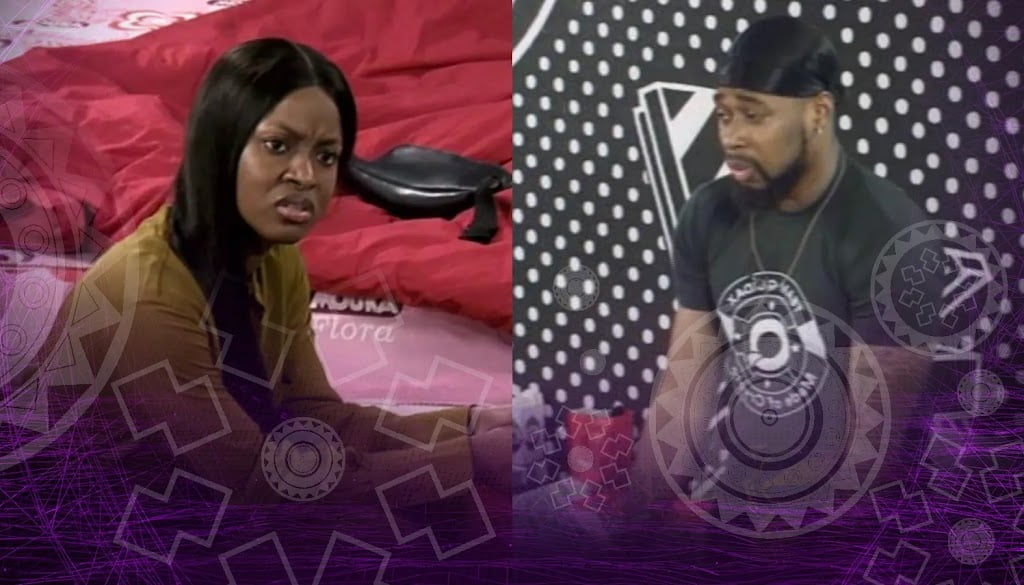 Sheggz finally gives up after whining about Bella’s attitude for a number of days. Sheggz said in a discussion where Doyin served as the mediator, “I’m done! Bella doesn’t pay attention, and despite my repeated requests, nothing has changed in weeks.”

Doyin has grown accustomed to serving as Bella and Sheggz’s therapist after seeing their furious quarrel today for the second time.

Sheggz and Bella’s argument over Bella’s dance style during the Saturday Night Party marked the beginning of their conflict. The two got into a fight outside the Party Room about unsolved concerns that this brought up.

Bella once angrily told Sheggz that he too was allowed to dance and flirt with any lady in the House, which led to Sheggz and Bella getting into a fight during one of Biggie’s Saturday Night Parties.

Sheggzy complained to Doyin that he had tried to talk to Bella about their disagreement but that she had been unresponsive.

After Bella left the room, Sheggz said to Doyin, “I’m focused on winning the money and I’m not about to do anything that will jeopardize that. I’m a nice guy and she’s a nice girl, but if it’s not working, it’s not working.”

Sheggz continued as Bella entered the space once more carrying a broom to sweep “I won’t get back with her, not even if you beg me to. This woman is insane!”

Bella: “Everything Bella this Bella that, why can’t you just leave me alone?” Bella continued “This guy he forgets to take his bath and I constantly have to remind him because I don’t want big brother to see it. but when it comes to my own, everyone must hear it.”

ALSO READ  BBNaijaS7 Day 2: Why I haven’t being in a committed relationship – Diana

Sheggz to Doyin: “I can’t speak to her because she turns everything I say around and she is super defensive,” said . “I get what you are saying, I really do, but she is bound to be super defensive,”

Doyin:, “I think she would have gotten your point if your mode of delivery was a bit better.”

Sheggz replied, “I can’t speak to her, even now, I am making points and she’s talking about things that are not even relevant. She’s so far from the point I am trying to deliver.”

Sheggz to Doyin: “I’m having a conversation and she’s barking,”

Sheggz asked Bella.: “I’m not from the hood, I talk normally, why are you behaving like a dog?”

Sheggz said to Bella,: “Your behaviour is bad, you are badly behaved.”

Sheggz to Doyin: “If you ask anyone in the House yeah, they will all tell you, all of them, that she is badly behaved,” .

Bella:  “If I am badly behaved, then leave me!”who is begging you, please leave!”